Housing in California has long been less affordable than most of the country, though the affordability gap began to widen in the 1970s.

By 2015, a report produced by the California State Legislative Analyst’s Office (LAO) titled, “California’s High Housing Costs: Causes and Consequences” cited that the average California home cost $440,000, about two-and-a-half times the average national home price ($180,000). In addition, California’s average monthly rent in 2015 was about $1,240, about 50-percent higher than the rest of the country ($840 per month). The report attributed the root causes to a combination of a housing production shortage, high land costs, and high building costs. 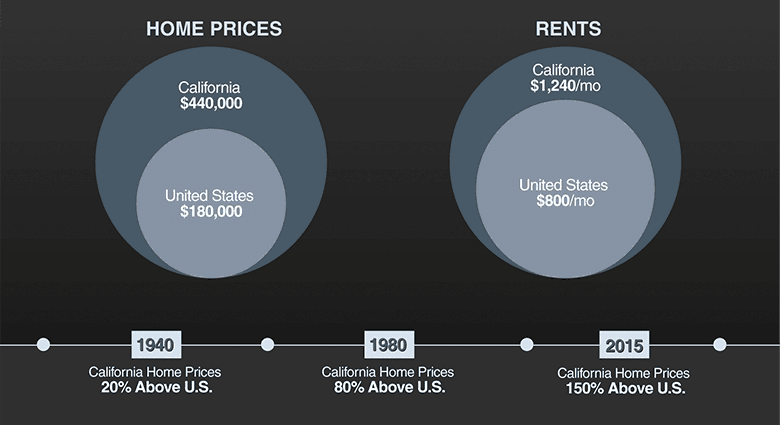 A Focus on Housing Production

In 2017, the California Department of Housing and Community Development (HCD) published “California’s Housing Future: Challenges and Opportunities” which, along with the 2015 LAO report, focused attention on the issue of declining housing production across the state since the last construction boom in the mid-1980s. 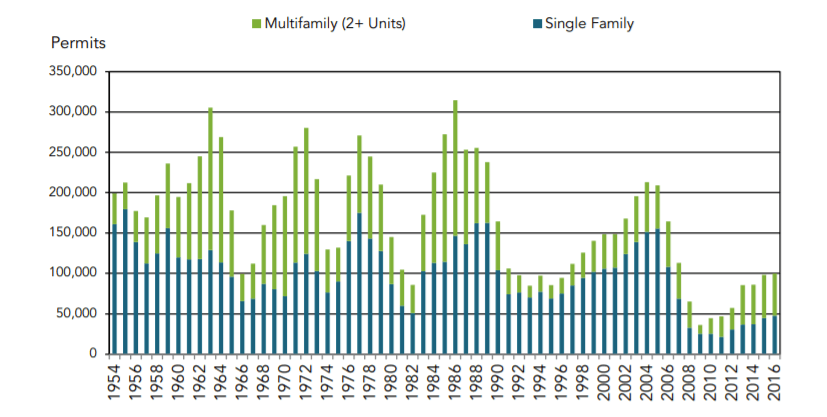 In the San Francisco Bay area, the housing production concern is further exacerbated by job growth that had outpaced housing growth. 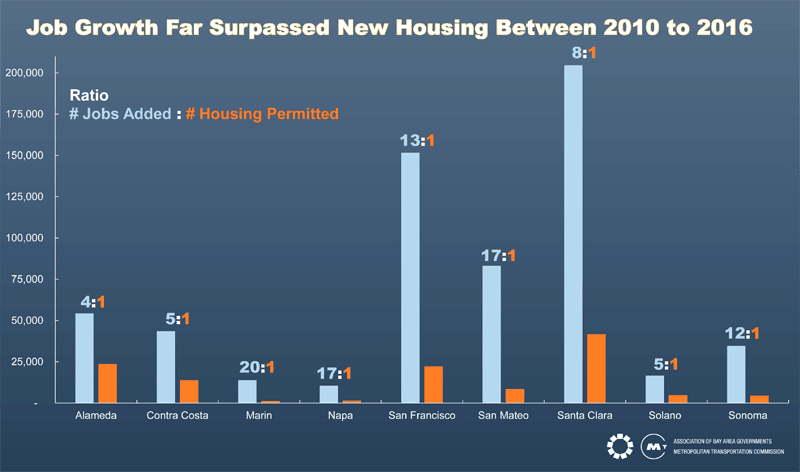 This led the Metropolitan Transportation Commission (MTC) in 2017 to form CASA, or the Committee to House the Bay Area, a 21-member steering group charged with developing a plan to remedy the Bay Area’s housing issues. In late 2018, CASA released its work product, the “CASA Compact,” a 10-point plan with three main goals:

The culmination of the 2015 LAO and 2018 HCD reports, along with the CASA Compact recommendations, served as the context and groundwork for a suite of housing laws including the “2017 Housing Package,” the Housing Crisis Act of 2019 (SB 330), among others. In general, these housing laws seek to:

The most intense focus of the mandated Housing Element Update is the requirement to identify housing sites to accommodate an assigned share of the region’s projected growth. As with most aspects of housing development, many laws dictate the process and parameters in which Housing Elements are updated. A summary of the recently enacted housing laws that apply to housing elements can be found in our Housing Legislation section.